The President’s Choice® team has partnered with some of Canada’s top foodie influencers and chefs to create regionally inspired burgers that are sure to be a hit during backyard barbecues across the country!  But just because the burgers are designed by chefs doesn’t mean you can’t create them at home.  In fact, this past weekend, I created my version of Chef Craig Flinn’s (owner of Chives Canadian Bistro and Two Doors Down in Halifax) Fog Buster Scallop Bacon Burger!  It was, in one word – DELICIOUS!

“The seafood in Atlantic Canada is among the best in the world.  So when I was challenged to develop Atlantic Canada’s Burger for the President’s Choice ® brand I knew it had to incorporate seafood to properly represent the East Coast.  Scallops are one of our signature foods that are found every summer in seaside restaurants and pub decks here in Nova Scotia.”  – Chef Craig Flinn

While the President’s Choice® team challenged Chef Craig to make a burger suited for Atlantic Canadians’ tastes, the range of burgers and toppings at Atlantic Superstore® and Dominion® locations allows anyone to customize a burger uniquely based on their province, neighbourhood, or family preferences.

This is a photo of my version of the Fog Buster Scallop Bacon Burger that I made on the weekend…it was so yummy, will absolutely be making these time and time again!

Entertaining this summer can be easy, from refreshing eats to cool treats President’s Choice® products have you covered.  Learn more about all things summer at pc.ca and join the conversation using the hashtag #pcsummer. 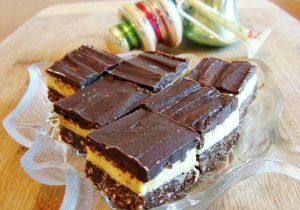