So, without further ado,   “N” is for Nanaimo, British Columbia

A few years ago, while on a work related trip to Victoria, BC and during some downtime, I had the opportunity to do some exploring of beautiful Vancouver Island.  Being a huge fan of the dessert treat, Nanaimo Bars, of course I was unable to pass up the opportunity to visit the city of the treats originator and namesake, Nanaimo, BC!

Climate: Like much of the coastal Pacific Northwest, Nanaimo experiences a temperate climate with mild, rainy winters and cool, dry summers. Due to its relatively dry summers, the Köppen climate classification places it at the northernmost limits of the cool-summer Mediterranean zone.

Location/Geography:  Located on Vancouver Island, Nanaimo is about 110 km northwest of Victoria, and 55 km west of Vancouver, separated by the Strait of Georgia, and linked to Vancouver via the Horseshoe Bay BC Ferries terminal in West Vancouver. As the site of the main ferry terminal, Nanaimo is the gateway to many other destinations both on the northern part of the island and off its coast.

Culture:  The Nanaimo bar which is a no-bake cookie bar, is a famous Canadian dessert named after Nanaimo. {Photo attribution:  joyosity (CC)}

I received the recipe I use for Nanaimo Bars from my mom who got it from my aunt Joan; if you would like to make them you can simply follow the link for the recipe.  Trust me, they are decadent and delicious!

History: The Nanaimo area was inhabited for thousands of years by the Snunéhymuxw, a band of Coast Salish Native peoples. The city’s name is an anglicized version of snunéymuxw, a word referring to the First Nations villages in the region.

Spanish explorers anchored briefly off Gabriola Island in 1792.  The city’s roots as a working-class industrial town, however, began with the discovery of coal and the arrival of an advance guard of Hudson’s Bay Company miners in 1852.  Coal remained Nanaimo’s leading source of revenue for nearly a century and Nanaimo’s growth into a modern-city accelerated following the Second World War.

Although the original economic driver was coal mining; the forestry industry supplanted it in the early 1960s with the building of the MacMillan Bloedel pulp mill in 1958. Today the pulp mill is owned by the employees and local investors and injects well over half a million dollars a day into the local economy. 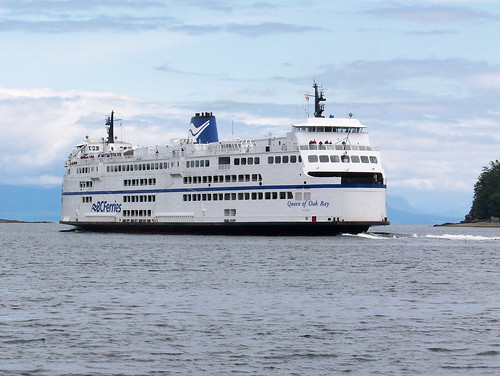 Our visit to Nanaimo has been so much fun and the beautiful scenery is breathtaking.  I’m skipping dinner tonight, too many Nanaimo Bars…lol and heading straight to bed for some much needed sleep.  I’ll see you in the morning for more exciting adventures as we continue the Blogging from A to Z Challenge 2013 – Road Trip.  Hmmm…somewhere beginning with the letter “O”, do you have any idea where we’re heading?