So, without further ado, “P” is for Peggy’s Cove, Nova Scotia.

I have visited Peggy’s Cove and believe me when I tell you,  it is a place like no other, the scenery is the most awe inspiring I have seen and the people are so friendly and warm. If you have never been to Peggy’s Cove, I highly recommend it!

Geography/History:  Peggys Cove is 43 kilometres (26 miles) southwest of downtown Halifax and comprises one of the numerous small fishing communities located around the perimeter of the Chebucto Peninsula.

The first recorded name of the cove was Eastern Point Harbour or Peggs Harbour in 1766. The village is likely named after Saint Margaret’s Bay (Peggy being the nickname for Margaret), which Samuel de Champlain named after his mother Margarite.

The village was formally founded in 1811 when the Province of Nova Scotia issued a land grant of more than 800 acres (3.2 km²) to six families of German descent. The settlers relied on fishing as the mainstay of their economy but also farmed where the soil was fertile.

Many artists and photographers also came to Peggys Cove and as roads improved, the number of tourists increased. Today the population is smaller but Peggys Cove remains an active fishing village and a favourite tourist destination. 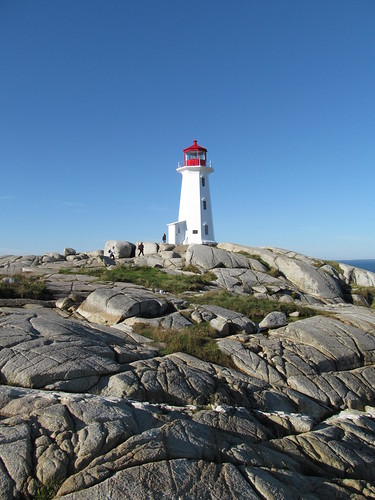 Visitors may explore the granite outcrop on Peggys Point around the lighthouse; despite numerous signs warning of unpredictable surf (including one on a bronze plaque on the lighthouse itself), several incautious visitors each year are swept off the rocks by waves, sometimes drowning.

* Interesting note – A guide at the lighthouse told my husband and I that once, during a tropical storm, a rogue wave crashed so high that it broke the glass from the highest of the three windows you see going up the side of the lighthouse!

Notable:  Well known sculptor and painter William E. deGarthe lived in Peggys Cove. A gallery exhibiting his work is open to the public between May 1 and October 31.

The monument reads in English and French:

“In memory of the 229 men, women and children aboard Swissair Flight 111 who perished off these shores September 2nd, 1998. They have been joined to the sea, and the sky. May they rest in peace.” 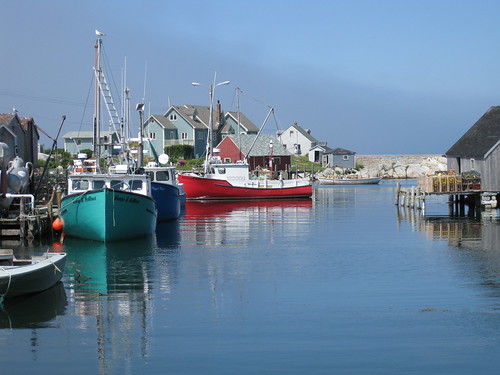 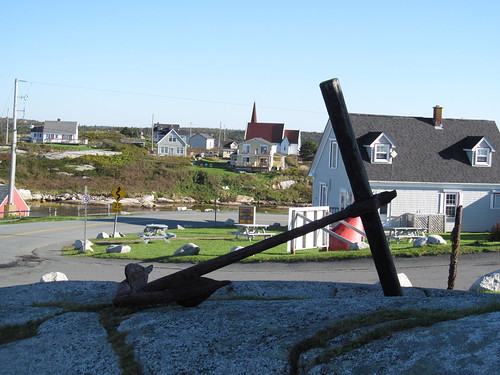 It has been a very wonderful day, the scenery at Peggys Cove is second to none and the people, so friendly!  It has also been a very sad and somber day as we cannot help but think of the 229 men, women and children who died in the waters off Peggys Cove during the Swiss Air disaster.

Time to head to bed, reflect and be thankful for all the truly important things in life.